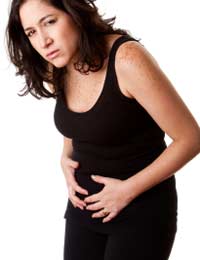 Colitis is one of the more common disorders that fall under the Inflammatory Bowel Disease category. As with other inflammatory bowel diseases this condition results in chronic inflammation of the intestines.

Colitis is a disorder that affects the large intestine and that causes inflammation (redness and swelling) of the top layer of the lining of the colon. When the inflammation becomes too severe or continues for a long period of time the tissue or cells that make up the lining of the colon can die and an ulcer, or open sore, can form in the large intestine. This disorder also causes an increase in the frequency of large intestine emptying, which increases the speed of the digestive process and often results in chronic diarrhoea.

The manifestation of colitis is just as common in women as it is in men, but it does tend to develop more frequently in individuals under the age of thirty or over the age of sixty.

The Causes of Colitis

Although there is not one known definitive cause for colitis in the medical community many theories exits to explain its development. Doctors currently believe that colitis is brought by a combination of three factors: genetics, immune system problems, and lifestyle choices. Individuals are more likely to suffer from colitis is a close relative also suffers from the disease. However, the disorder has not been shown to consistently be passed down from generation to generation.

Finally, there is a link between the development of colitis and the decision to smoke cigarettes or take birth control pills. In both cases users of either product seem to have a higher risk of developing colitis, especially if any other factors, such as genetics, exist.

The common symptoms associated with colitis are diarrhoea, abdominal pain, cramping, increased urges to empty the bowels, loss of appetite, and increased feelings of tiredness. The most universal symptom, however, is diarrhoea. Depending on the severity of the condition colitis diarrhoea can be infrequent, or come on repeatedly throughout the day, can clear up quickly or last for a long period of time, and can be mild or accompanied by severe cramping. Colitis can also lead to weight loss if diarrhoea is severe, frequent, or long-term. In some cases colitis can also include more severe symptoms such as fever, rectal bleeding, lethargy, painful intestinal muscle spasms, or a burning sensation associated with the development of ulcers in the intestines. If ulcers do develop in the colon due to colitis, sufferers may also notice blood, mucus, and pus in their stool.