Home > Causes of Pain > Tumours in the Stomach

Tumours in the Stomach 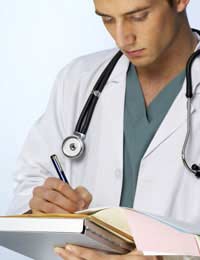 Stomach cancer or the presence of tumours in the stomach, requires immediate treatment. However, for treatment to be totally effective, and in order to prevent the spread of cancerous cells, the treatment option must be well suited to the type of tumour present.

Doctors base their tumour treatment choice on three main criteria: how deep the growth of the tumour has penetrated the stomach, the extent of lymph node involvement, and the extent of metastasising (how far the cancer has spread). This criterion is called cancer staging. Once a stage has been assigned to the tumour doctors can proceed with treatment. Early stage cancers are usually treated with radiation therapy or surgery, while final stage cancers are treated with chemotherapy and biological therapy.

In some cases, especially if it is suspected that tumour cells have spread to outlying lymph nodes, neighbouring lymph nodes may be surgically removed as well. Once removed, these nodes are analysed by a lab to confirm cancer presence.

Chemotherapy can be used alone to treat stomach tumours or as an additional treatment option after surgery to help ensure the elimination of cancer cells. Chemotherapy involves the administration of anti-cancer drugs orally or through a vein in the arm. These medications are usually given in rounds. Patients are given a treatment with chemotherapy and then they are allowed to recover for a certain period of time before another treatment is administered.

Most chemotherapy treatment plans involve the use of more than one anti-cancer drug and are used to treat tumours that cannot be surgically removed or that have spread to other areas of the body. These treatments can be quite effective at destroying cancer cells, however, they also destroy healthy cells and result in many serious side effects. Nausea, vomiting, hair loss, and immune system problems are all side effects of chemotherapy drugs.

Radiation treatment is more commonly used after surgery to remove any lingering cancer cells. In this procedure high-energy radiation rays are directed at the area of the stomach affected by the tumour. The rays pass through the skin and attack the cancer cells. While radiation treatment can be very effective on early stage, or post-operative tumours, it is not very effective for treating final stage cancers or tumours that have spread.

Just as with chemotherapy, radiation therapy carries a risk for side effects. Common side effects of this treatment option include nausea, vomiting, diarrhoea, and pain, swelling, itchiness, and reddening at the treatment site.

The final treatment option for stomach cancer- biological therapy- involves the use of immunotherapy drugs to help kill cancer cells. In this procedure drugs are given to increase the activity of the body's immune system in order to destroy cancer cells.

Biological therapy is rarely used for the treatment of tumours alone. In most cases this treatment option is used in conjunction with chemotherapy or surgery to increase the overall effectiveness of treatment.

Choosing a stomach tumour treatment is not an easy decision. Ultimately, the choice will depend on your doctor's advise, the stage of your tumour, and your personal desires for treatment.