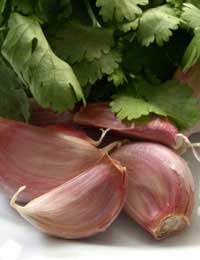 When we hear the phrase Intestinal Parasites most of us tend to shy away from the subject considering it to be almost a taboo subject and something that none of us continue to suffer from these days.

However the truth is far from that and it should be acknowledged that now more than ever the problem of Intestinal Parasites – or to give them their more common name Worms – is one that is still very much evident.

Most of us go through our lives with a multitude of parasites living and breeding inside our intestines with no side effects at all. We each have millions of parasites and bacteria living inside of us and on a daily basis – for the most part – they can do a sterling job in maintaining the delicate equilibrium going on inside. Sometimes however problems do occur and rather than shy away from this we should consider cause of the problem and the best possible way of curing it.

It is also should be noted that these parasites can be picked up from external sources such as travelling abroad – for example in countries where sanitary conditions are not necessarily the same as ours. Undercooked foods are another means of introducing parasites into the body. Food for example such as raw fish or meat that is underdone can be a breeding ground and eating even the smallest piece of either of these can introduce millions of parasites into our bodies.

Threadworm: The most common type of worm in climates such as ours. Their eggs are spread by swallowing or breathing them in and are almost impossible to see.

Giardia Lamblia: Commonly found in countries where water and sanitary conditions are not on a par with those conditions found at home. This worm can sometimes – but only in a small number of instances – be found in those people suffering from Thrush or Candida.

Roundworm: These worms are the largest to be found lurking inside the human intestine and are the ones most likely to cause a problem. They can grow to around 12 inches in length and live mostly in the small intestine where they will feed on undigested food stuffs and can remain undetected for up to a year.

Again this is not an exhaustive list but instead these are the most common worms to be found.

If you suspect that you – or any member of your family – are suffering from a condition brought about by any of these parasites it is of the utmost importance that you consult a doctor immediately. You can of course try an over the counter remedy but to be on the safe side consult your doctor who – after reviewing the symptoms – will be able to accurately pinpoint the nature of the parasite causing the problem.

It is important also to ensure that household and personal hygiene standards are high. Wash hands regularly, change bedclothes regularly, change and wash towels and tea towels on a daily basis as these are the items that are most likely to transfer the parasite from one host to the other.

Again dietary concerns should be looked at. If you are not taking on board enough fibre or too much sugar and fat then you should seriously consider a reduction in one and an increase in the other. Garlic is a great natural remedy and also acts as a preventative measure – if you are one of those people who can eat garlic raw then do so. If not then incorporate it into your cooking where possible and try and wean the children onto it as well.

These may all sound like simple notions but they can be very effective and can drastically reduce you – and your family’s chances – of falling foul to a group of parasites that most people would rather not think about.