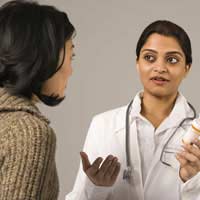 The pancreas is an organ in the digestive system. Its job is to secrete digestive enzymes that aid in the breaking down of food into the small intestine. The enzymes are responsible for aiding the body in the digestion of carbohydrates fats, and proteins. Along with these enzymes, the pancreas is also responsible for releasing insulin into the bloodstream.

The Two Types of Pancreatitis

Pancreatitis is the medical term used to describe inflammation of the pancreas. In most cases this inflammation is a result of an abnormal function of the digestive enzymes. Normally, the digestive enzymes do not become active until they reach the small intestines. In some cases, however, the enzymes become active in the pancreas and begin breaking down the tissues of this organ. The reason that the enzymes act abnormally depends on the type of pancreatitis present.

Chronic pancreatitis, on the other hand, does not resolve naturally and if left untreated can result in the destruction of the pancreas. A blocked pancreatic duct, cystic fibrosis, certain autoimmune conditions, hypercalcemia, hyperlipidemia, alcoholism, or hereditary factors usually cause this type of pancreas inflammation.

The Symptoms of Pancreatitis

As chronic pancreatitis progresses the symptom of abdominal pain usually subsides. This is because the pancreas is no longer functioning or producing digestive enzymes. If the pancreas becomes damaged enough the nerves in the area will not respond to the signal of pain.

The diagnostic process for pancreatistis depends on the type of the condition that is present. Blood tests are usually used to confirm acute pancreatitis because the blood levels of lipase and amylase are usually three times higher during an attack of pancreatistis. In some cases of acute pancreatitis the doctor may also order a CAT scan to check for inflammation of the pancreas and an ultrasound to check for the presence of gallstones.

In cases of suspected chronic pancreatitis doctors will run pancreatic function tests to determine the extent of pancreas damage. These tests will measure the levels of enzymes and insulin being produced and released by the pancreas. Other tests that can help diagnose chronic pancreatitis include ultrasonic imaging, CAT scans, blood tests, urine tests, and stool sample tests.

Just as the causes, symptoms, and diagnosis techniques are different for each type of pancreatitis, so are the options for treatment. Acute pancreatitis can heal naturally so treatment is usually aimed at pain management and preventing complications. Common treatment options for acute pancreatitis include dietary changes, intravenous fluid replacement, and pain medication. However, if gallstones were to blame for the onset of the pancreas inflammation treatment will involve the removal of the stones.

Treatment options for chronic pancreatitis include pain management, dietary changes, medication, and surgery. Medications are usually prescribed for the management of pain but if the pain is very severe surgery may be needed to remove part of the pancreas or drain an enlarged pancreatic duct. Dietary treatment options include the restriction of fat from the diet and an increase in the amount of carbohydrates consumed. In cases where the pancreas is not producing enough digestive enzymes, pancreatic enzyme medication may also be prescribed to aid in digestion.

No matter which type of pancreatitis you are suffering from it is always a good idea to avoid the consumption of alcohol, to adhere to a healthy, low-fat diet, and to follow the treatment plan set forth by your doctor.