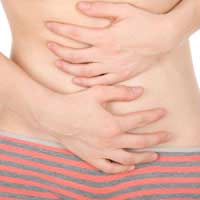 What is a Stomach Migraine?

Stomach migraines are abdominal pain that lasts from one to two days in the absence of any other digestive cause. These abdominal attacks come on without warning and subside just as naturally. The pain is never brought on by diet, activity, or other illness. Another key feature of an abdominal migraine is its frequency or pattern. Stomach migraines occur at least one or two times per month, follow a similar pattern in symptom onset, and feature an intense pain that interferes with normal activity. Between attacks of abdominal migraines the individual is healthy and completely symptom free.

Common Symptoms of a Stomach Migraine

There are eight symptoms that are most characteristic of stomach migraines. These symptoms include severe abdominal pain, nausea, vomiting, constipation or diarrhoea, vision problems (such as sensitivity to light), dizziness, and fever. In some cases sufferers may also complain of an increased sensitivity to sound and a general feeling of soreness of the body. Some individuals have also reported experiencing a flushing of the face, or a loss of colour to the face, also known as pallor.

Since the symptoms of this disorder are very similar to the symptoms of influenza and other digestive disorders it is important to track your symptoms for the appearance of a pattern. Once a pattern has been established you will need to make an appointment to discuss your symptoms with a doctor for diagnosis.

Once symptoms develop the most common, and most effective, way to find relief involves resting. Individuals who relax in a dark, quiet room seem to find relief more quickly than those who are exposed to light, sound, or other stimulation. Doctors are also hopeful about prescription treatment. Recent studies have shown that two different drugs, Propranolol and Pizotifen, may be effective for controlling the symptoms of stomach migraines.

Who's at Risk for Stomach Migraines?

The onset of stomach migraines is most commonly seen in the early childhood years. Most sufferers are diagnosed before puberty begins, however some cases do develop during the teen years and even into young adulthood. When stomach migraines begin in early childhood the symptoms seem to reach a peak of severity and duration between the ages of ten and twelve years. After that the symptoms tend to decrease as time goes on and disappear completely by adulthood. In some cases, however, the abdominal migraines stop but are replaced with head migraines.

Both males and females are equally at risk for developing abdominal migraines, however family history does seem to play an important role in the formation of the disorder. Stomach migraines are more commonly inherited from the mother so if a woman suffered from stomach migraines as a child the chance that her children will also develop them increases greatly.