Home > Natural Remedies > What is Flatulence? 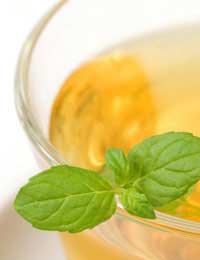 Flatulence the act of passing excess gas from the intestines through the rectum, is a normal by-product of the digestion of food. However, although it is perfectly normal to experience flatulence, or pass gas, ten to twenty times each day, most people are always looking for ways to reduce its occurrence.

Changing Your Diet and Eating Habits to Ward Off Flatulence

Since most cases of flatulence are caused by the consumption of hard to digest foods, the simplest solution for avoiding excess flatulence is avoiding these indigestible foods. The same is true for foods that contain a high content of fibre. To reduce the amount of gas that your intestines produce start restricting gas-causing foods such as beans, cabbage, apples, onions, lettuce, cauliflower, Brussels sprouts, and broccoli.

You can also help your digestive system process food and reduce gas production by avoiding the consumption of new foods (your system must work harder to digest unfamiliar foods so gas is more likely to occur when they are eaten), avoiding the act of overeating (eating too much in one sitting puts undue pressure on your digestive system and allows it more readily pass undigested foods through to the small intestines), and eating more slowly (eating quickly causes you to swallow air which leaves the body as gas).

You can also reduce the production of gas in the digestive system by avoiding the intake of artificial sweeteners, alcohol, caffeine and carbonated beverages. Artificial sweeteners are very difficult for your system to break down so their consumption leads to excess gas production. The same is true for alcohol and caffeine-containing beverages, both, which contain ingredients that are hard to digest. Finally, carbonated beverages contain air and also force you into consuming more air into the digestive system.

Aside from making changes to your diet there are a few other natural remedies that you can try in order to reduce the production of excess gas.

Other Natural Remedies for Flatulence

The most popular natural remedy for flatulence involves the use of herbs. Many herbs have carminative properties, which means that they soothe the digestive tract and help reduce the occurrence of flatulence. These herbs, which include peppermint, cloves, dill, fennel, thyme, caraway, and sage, can be ingested in teas to reduce the symptoms of flatulence.

Other herbs, such as rosemary, basil, oregano, coriander, aniseed, and marjoram, can be used to season your foods during cooking. These herbs also soothe the digestive system and help reduce the occurrence of flatulence, especially when consumed with high fibre foods such as beans.

To get the most out of your anti-flatulence efforts you may also want to try a few lifestyle changes. Getting plenty of exercise can help regulate your digestive system so it is less likely to produce excess gas. Kicking habits such as cigarette smoking and gum chewing can also help you reduce episodes of flatulence. Finally, you can avoid wearing tight clothing, which restricts the movement of the digestive system resulting in a build up of undigested foods in the small intestines.

How Much Do You Know About Fibre?

Your Five a Day Quota and The Effect On Your Stomach

Natural Remedies for Heartburn and Indigestion

Natural Remedies for a Sour Stomach
Share Your Story, Join the Discussion or Seek Advice..
The almonds actually work.I have GERD and hate taking pills or any type of medicine.Almonds are natural and safe and I feel comfortable with something that does not have a lot of side effects.
MZSHAY - 22-Jun-12 @ 9:18 PM
Title:
(never shown)
Firstname:
(never shown)
Surname:
(never shown)
Email:
(never shown)
Nickname:
(shown)
Comment:
Validate: